My family is a fostering family.  It’s something that I always thought about doing as an individual, but I never thought my husband would ever want to do something like this. We already had 4 kids, why on earth would we take on another one?   BUT GOD is God and he has a way of messing around with your heart and making it want something you never thought you would. One day my husband looked at me and said, “I think we should look into that Foster Care stuff now.”  James 1:27 “Pure and genuine religion in the sight of God the Father means caring for orphans and widows in their distress” -ESV  had been a verse that kept coming to him during prayer or conversations.  Of course I got a bit dramatic and started to freak out at the prospect of this whole Foster Care Idea. With the help of my undramatic and very logical friend Christie, I made the first phone call. 10 MAPP classes and 3, almost 4 years later, we are still at it.

We’ve had many kids come through this house, and have loved everyone. But February 2015 my heart didn’t know what hit it.  We got the call on a Friday that a newborn baby needed a home straight from the hospital. He was supposed to arrive on that Monday but it was the year of blizzards and Massachusetts was closed on Mondays for the month of January and February, so he showed up on a Tuesday.   Baby boy was 5 days old, and I knew from the moment I saw him that he was something special.  It took a couple more months for my husband to realize this, but he’s always a bit slower and needs a little time to catch up:)   We called him JC and he captured the hearts of everyone he met.  There were times when we thought he would leave us. About a year into him being with us, the weekend of my girls 12th birthday, I was told to pack him up and have him ready to be picked up on Monday. They were going to take him to live with his half siblings and their relatives.  It was a weekend of mourning and worry and trying to figure out how to tell my 4 children, that the baby we have all grown to love so much was going to live with absolute strangers.  But in the true fashion of social workers, it was Wednesday when I finally called and asked when they were coming to get him, just to be told that they decided he was going to stay with us for a little bit longer.  This process happened 3-4 more times.  Having a baby whose future is unknown is a constant pain in your gut.  Knowing that if they decided to take him from us, not only would our world be turned upside down but so would his.  We were the only family he’d ever known.  The people he would go to wouldn’t know that his favorite band was Johnnyswim, and the only thing to get him to stop crying when he was teething was to put their album on repeat.  They didn’t know the songs I sang that would get him to smile and  calm down.  It was an unimaginable pain and deep seeded heartarche to be reminded that he wasn’t actually ours.  Through all of this I couldn’t help but think that “MAYBE WE SHOULDN’T BE DOING THIS, IT’S TOO HARD.”   I feared that our decision to be a Fostering Family would ruin my other children.  That this heartache would be too much for them and it would harden them.  Somedays I just wanted to crawl into my little introverted hole and not come out.  I had deep conversations with God.  I let him know that I might not make it if my baby boy left me. 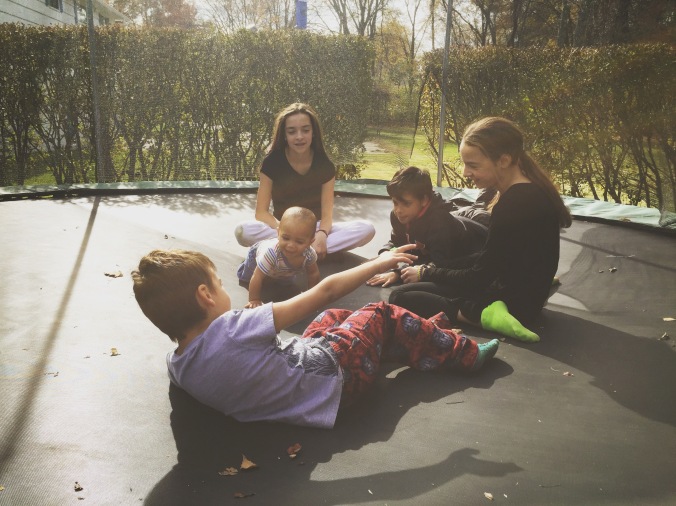 BUT GOD. He has taken care of us this entire time. He’s given me a husband that is my true partner in all of this. We cry and ache together.  He has given me friends that I can call on and cry with or rage with or just be overly dramatic with.  He’s blessed me with children that are amazingly strong and he’s molding them into humans who care about more than just their own little world.  They are compassionate, caring, and selfless.  They have depth and know what it is to serve others.  They hurt sometimes but that’s ok.  Learning to hurt and still have joy is something people work on for years.  They’re just getting a head start:)  Trusting God through all of this has definitely made us a stronger family unit.  Someone told me recently  ” You know it’s from God if it’s easy”  I think I strongly disagree with this statement.  In fact I know I do.  God never promised easy, but he did promise his unyielding support, love, grace and mercy.  This is our calling.  I feel that clearer than ever these days.  Just because its hard doesn’t mean you should quit.  So we are making  the decision to hang on and cling hard to the Lord and his promise to never let us go. 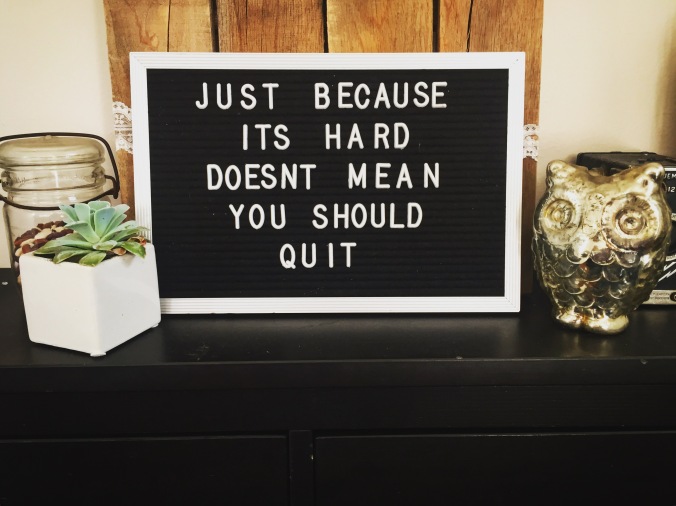 Well 2 years and a whole lotta tears later, HE’S OURS!! We are going to be able to adopt our baby boy!  We’ve even chosen his new name,  Jameson Michael, Jamie for short. It’s still a little unreal to me.  I no longer cry tears of grief over him.  My tears are of relief and joy. And because I’m sooo dramatic (eye roll please) I’ve gone on to worrying about if I will be a good mother to him.  I’ve never adopted anyone before.  I don’t know what it’s going to be like to try to answer his questions of where he came from.  He has 4 bio-siblings out there.  I have no clue what to do with that!!!  Then I take a deep breath and think “BUT GOD”.  He knows, and I trust that he will get us through it all.

4 thoughts on “Is it suppose to be this hard?”